A Historic Community First Inspired by Zero to 100 Networking!

Co-founder of Zero to 100 Joseph Luckett made history this year when he became the first African American in the 250 years of St. Charles, Missouri’s history to receive a Key to the City. He was then inducted into the St. Charles County Historical Society archives.

Mayor Dan Borgmeyer of St. Charles presented Joseph with the key in June 2021 at the launch party for his #1 International Best Selling book Zero to 100: The Gold Standard of Global Networking. The success of this book inspired many in Joseph’s hometown community as it provided a roadmap for inclusive business networking and his desire to make his community a better place with diversity built through authentic REAL-ationships. 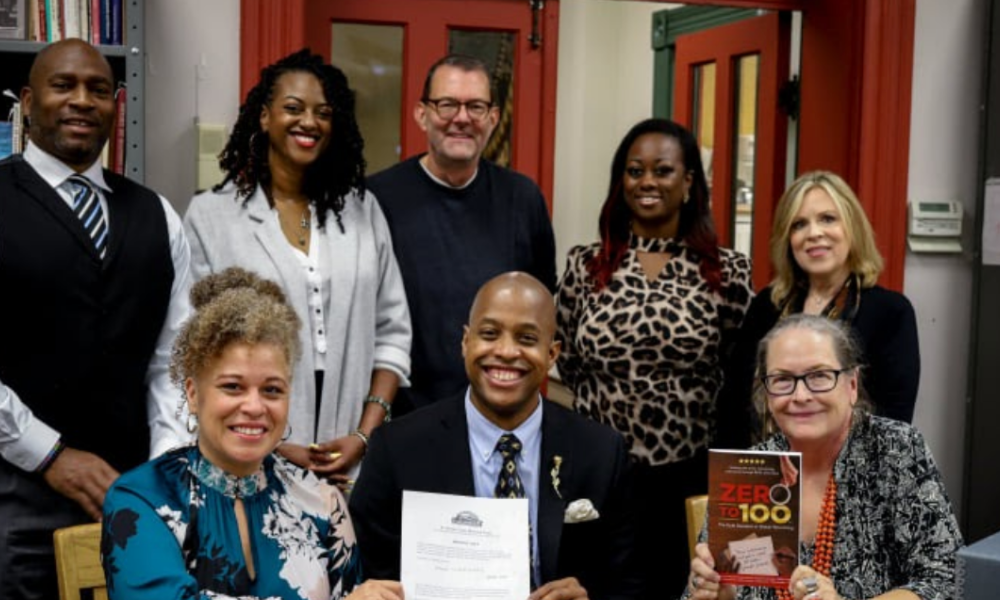 As said by the mayor, “Zero to 100 is truly the best book on networking… Know who, what, when, where, and why before starting your networking journey. Use Joseph’s book as your compass. It will guide you to success.”

What Is the Key to the City, Exactly?

Amy Haake of the St. Charles Historical Society explained it beautifully in her speech at the event honoring Joseph’s historical achievement:

“Is it just an honor? A symbolic gesture? Or is there more to it than just a photo op and a news filler? Some have said that these honorifics have no real use. To answer that, I think one needs to look at the history of the ‘key to the city,’ or more appropriately: ‘the freedom of the city.’

This medieval tradition is meant to confer trust and honor; it grows from the medieval walled city with gates guarded during the day and locked at night. The key symbolizes the freedom of the recipient to enter and leave the city at will, as a trusted friend of city residents.

The actual Key to the City would function to open the city gates. In modern times, an ornamental (non-functional) key is presented to esteemed visitors, residents, or others the city wishes to honor. This award is also known as Freedom of the City; the ability to access ‘everything’ is seen as the ultimate act of esteem. 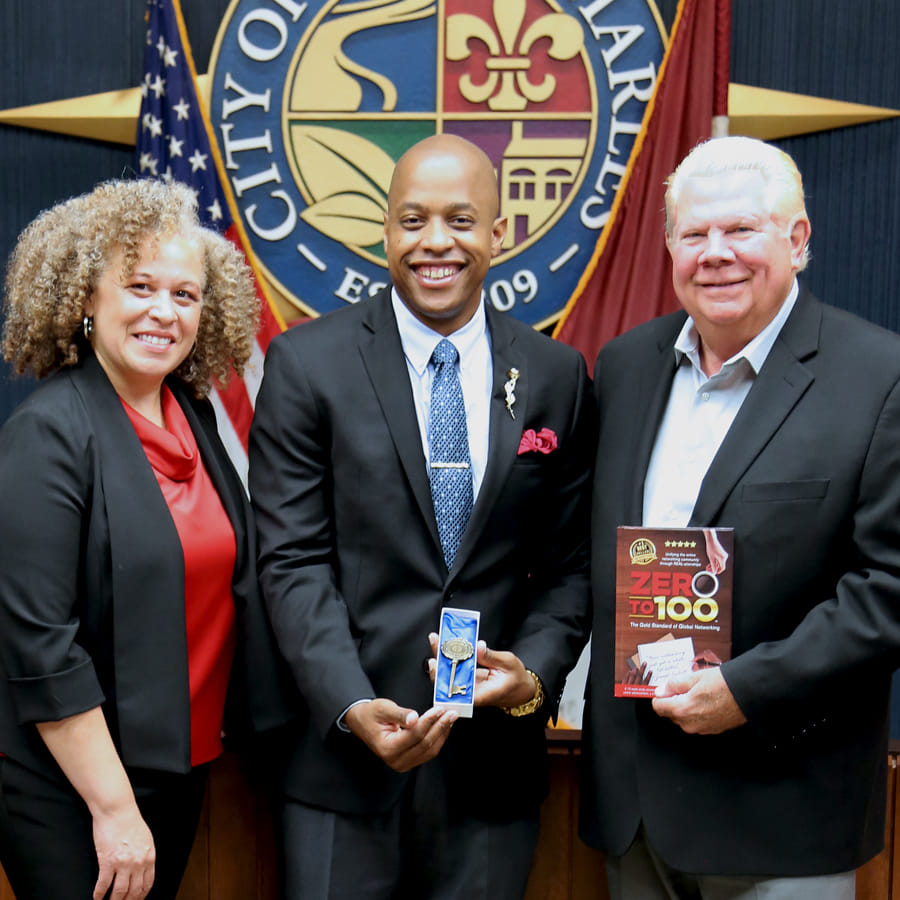 On June 10, 2021, at La Belle Vie in St. Charles, Joseph was presented with the Key to the City of St. Charles by Mayor Dan Borgmeyer (pictured holding the Zero to 100 book).

By the middle of the 1800s, giving a Key to the City became customary as a direct symbol of the City’s wish that a guest feels free to come and go at will. Mayors and politicians hold symbolic keys to the city, the state, or the nation, signifying their authority. Giving the Key to the City to someone else – a visitor, a celebrity, a doctor, a businessman – shows respect and thanks.

It is a symbolic appreciation and ceremonial, to be sure, but it also comes with a catch, which I think is the real throw away. What people don’t realize and for you, Joseph, as the first African-American to receive the Key to the City of St. Charles in its over 250 years of existence, is that it means we want you to be there for us.

We trust in you to bring positive change to the community. We respect you for wanting to make St. Charles a better place to live.”

So that begs the question: Why was Joseph the first? Why only now has an African American received this honor?

Sure, Joseph’s made a great accomplishment for the community, but there were undoubtedly better candidates to be the first African American to receive this honor.

The African Americans Who Deserved Recognition Before Joseph

At the historical event in October 2021 celebrating Joseph, we included the stories of the local African Americans who should have received this honor before him. We wanted to educate guests about this history not taught in schools.

As St. Charles community leader Doug Raines stated the night of the event, “…we are honoring those that came before [Joseph] that helped found this city, build a foundation for growth, battled for what is right, and died for their beliefs.”

We invited many St. Charles community leaders to take part in this educational opportunity: over 35 past Mayors, Alderpeople, City Councilors, all the branch managers and admin staff at St. Charles libraries, the St. Charles Parks historian, Joseph’s Kindergarten thru 12th grade St. Charles teachers, old bosses, and local friends and family. We also had coverage from the local FOX news affiliate.

Joseph shared this in his speech:

“York was the slave of William Clark and went on the expedition westward with Lewis and Clark. He was crucial to the explorers’ success as he hunted for badly needed food, smoothed relations with Native American tribes, cared for the ill, and helped identify new plants and animals. He asked to be free at the end of the expedition, and Clark did not free him until at least ten years later.

Jean Baptiste Point du Sable was Haitian-born and of French-African descent. He was a noted fur trader and the quintessential frontier Renaissance man. He was highly educated and spoke French plus many Indian dialects. Point du Sable is the man responsible for founding the city of Chicago. He moved to Saint Charles towards the end of life, had property here, and was buried in Saint Charles Borromeo Cemetery.”

These are just two of the incredible African Americans who should have been recognized for their accomplishments by their community while they were still alive. We displayed panels about these other historical African Americans at the event for guests to read: 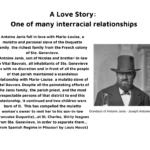 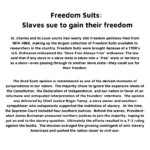 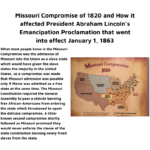 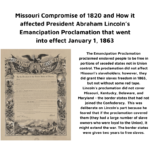 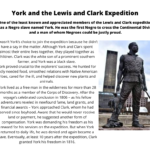 So how could the City of St. Charles overlook all these incredible African Americans and their contributions to the community – for 250 years?!

The answer is simple but uncomfortable: bigotry.

The Troubling History of St. Charles

For as great as any community may be, it cannot be truly great until it recognizes its wrongdoing and sets out to make it right. Unfortunately, St. Charles has been down a long road of wrongdoing.

As Joseph shared in his speech,

“St. Charles and St. Louis have the most extensive collection of slave “Freedom Suits” in the country. For many decades, the Franklin School was the only school for Black children in the greater Saint Charles area. My parents attended that school, and several of my relatives can be seen in the yearbook on display this evening.

Blacks have lived in segregated subdivisions in Saint Charles since they finally freed them from slavery.”

As documented in the St. Charles Historical Society’s archives, freedom suits from St. Louis were transferred to St. Charles because St. Charles judges were slave owners themselves and more likely to deny the slaves their freedom.

It’s also documented that slaves in St. Charles could be used to pay off debtors, and their value was listed as less than the price of livestock.

But for all that’s documented at the St. Charles County Historical Society about African Americans, it’s so very little compared to what’s recorded about the history of whites in the community.

These things are not taught in St. Charles schools, and most people in the community are entirely unaware of this history.

St. Charles is still a primarily white community run by old money. According to the most recent Census poll, The population is about 85.04% white, only 6.71% Black or African American, and the remaining percentage is other people of color.

These proportions are different from St. Louis County, which is 67.94% white and 24.16% Black or African American, according to the Census.

And they are incredibly different from St. Louis City, which is 46.53% white and 46.41% Black or African American. 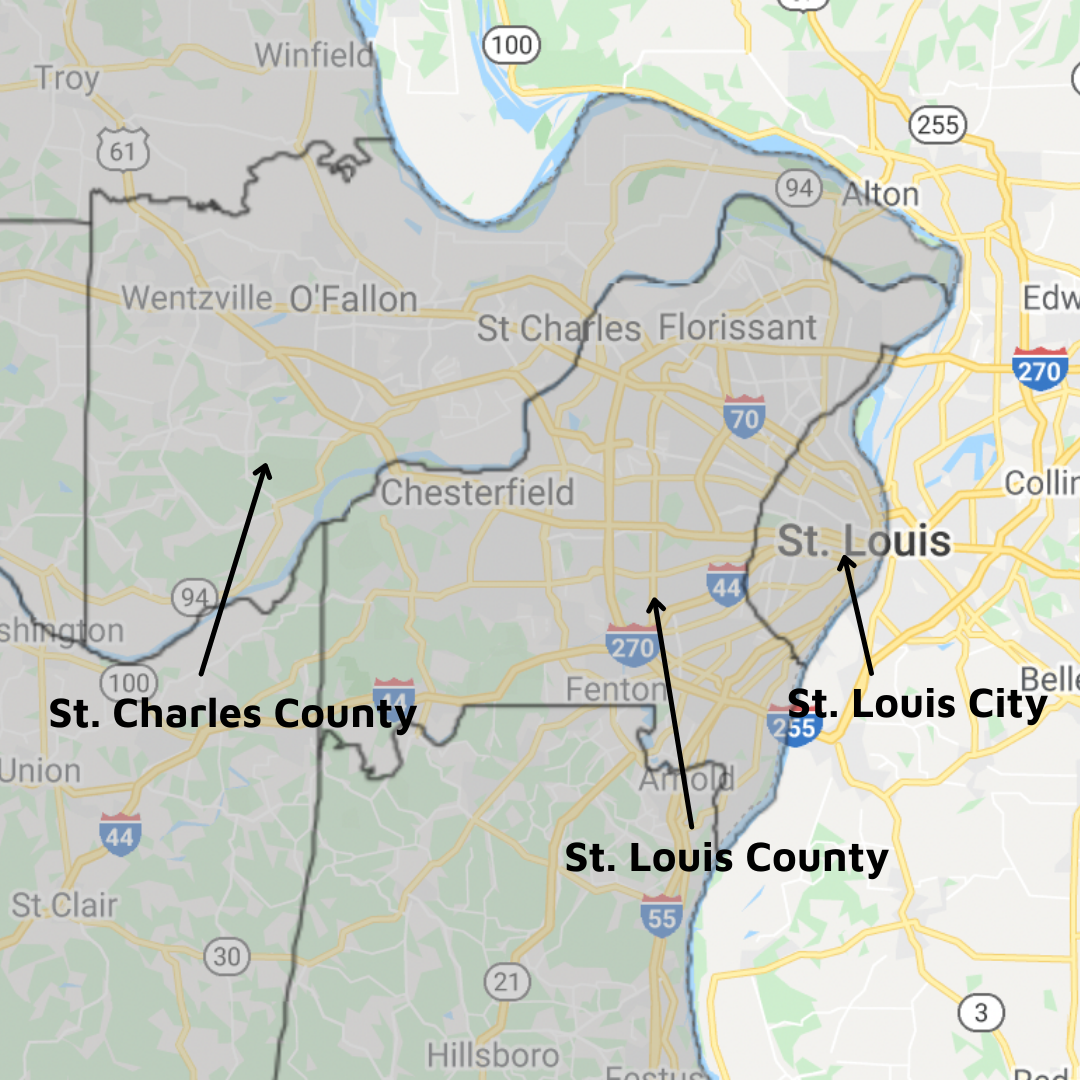 By the 1920s, the white middle class began leaving the City of St. Louis for life in the suburbs (St. Louis County and St. Charles).

After World War Two, the St. Louis region went through a boom of development as many folks came looking for work or escaping oppressive Jim Crow laws in the South. St. Louis saw the highest recorded population in history in 1950 at 856,796. This boom led to overcrowding, which led to densely populated neighborhoods being razed for “urban renewal” projects or gutted for highway construction. This, yet again, drove white flight and middle-class flight.

As you can see in these charts, (majority white) people have been leaving St. Louis City for St. Louis County and St. Charles County since the 1920s. 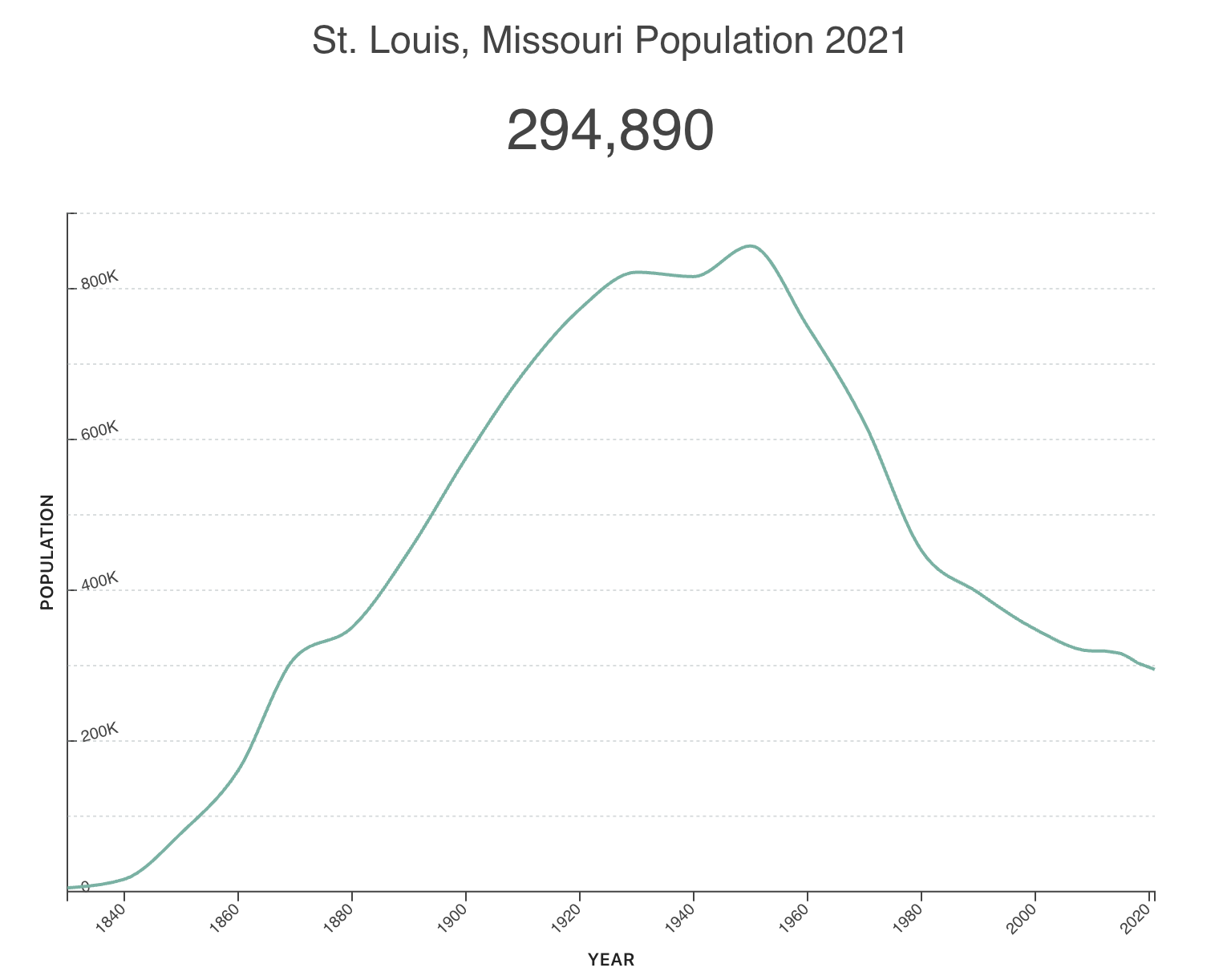 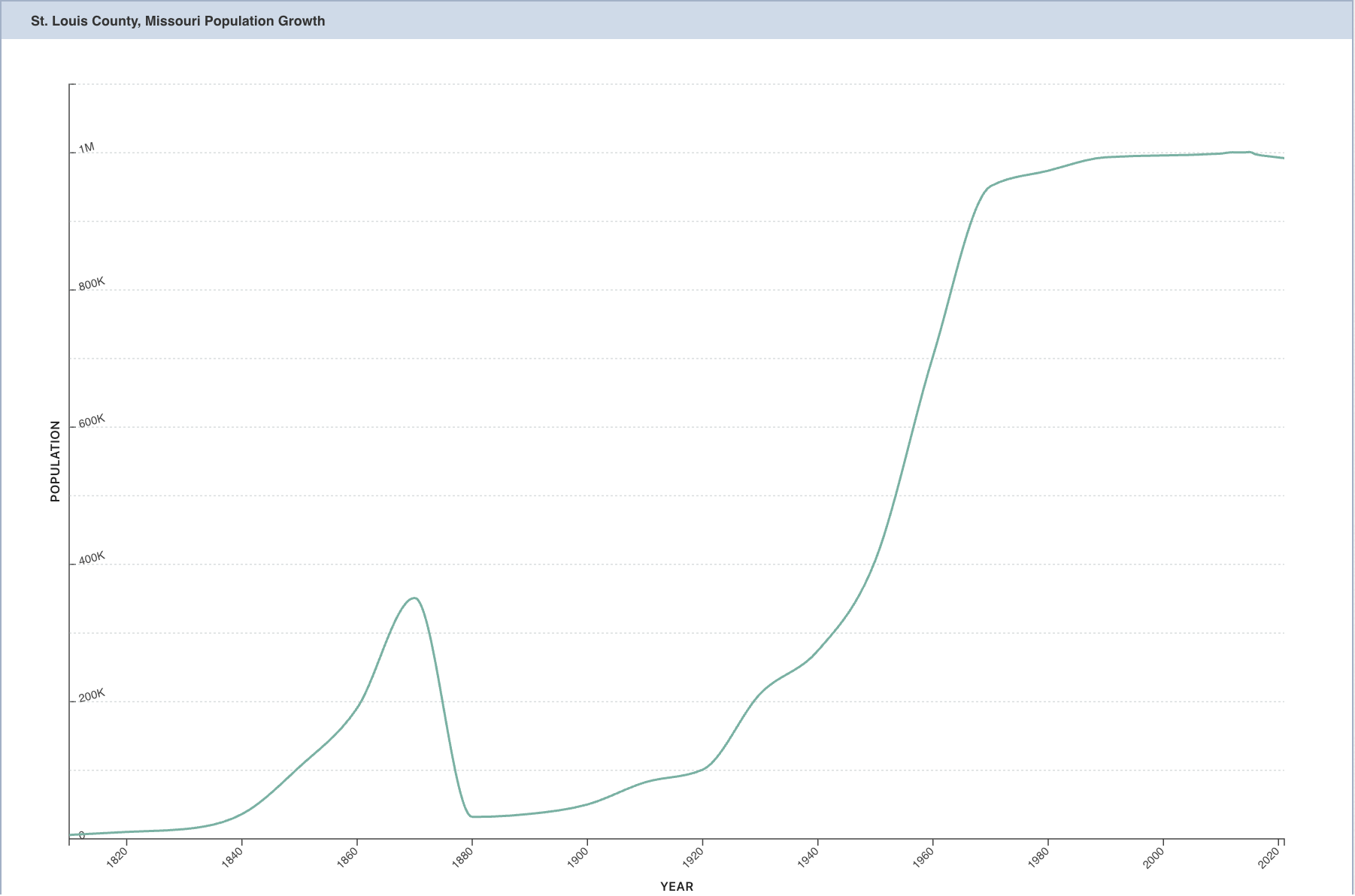 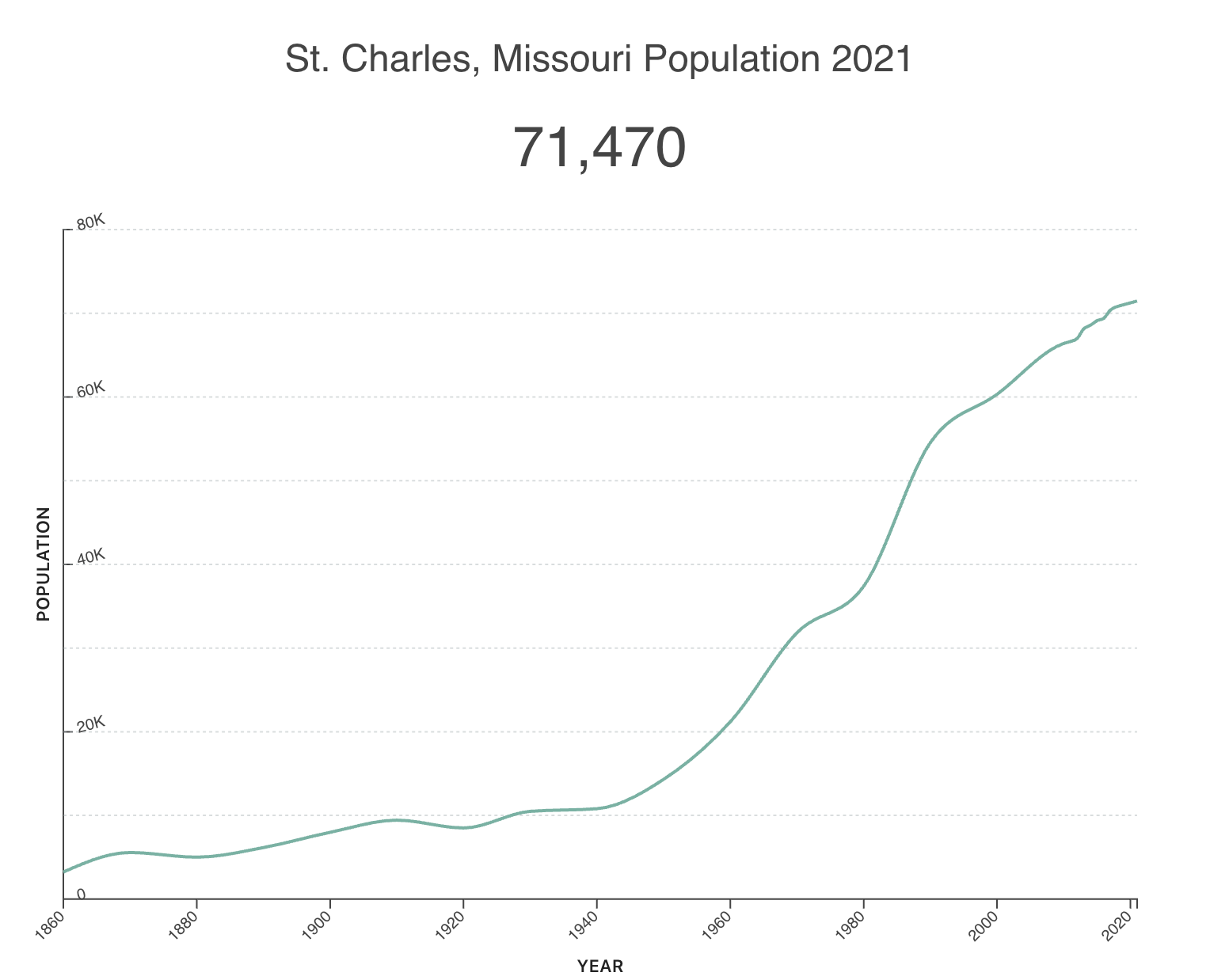 The truth is that St. Charles, Missouri, has tried to avoid African American history. But the good news is that community leaders – with the guidance of Joseph’s advice on diversity and inclusion – are making an effort to change that now.

So What Should We Take Away From All This?

This honor of historical recognition is indicative of the progress inclusive networking has on communities that have historically lacked inclusivity.

The two most important things for creating a more racially inclusive community are:

Race issues will continue to linger in our communities for generations if children don’t learn about this history. That is why it’s so important to teach it in schools. That is why critical race theory is so important.

According to the Brookings Institution:

“Simply put, critical race theory states that US social institutions (e.g., the criminal justice system, education system, labor market, housing market, and healthcare system) are laced with racism embedded in laws, regulations, rules, and procedures that lead to differential outcomes by race. Sociologists and other scholars have long noted that racism can exist without racists.”

Learning African American history is critical race theory, and St. Charles is taking important steps. Many people in places around the world face racism, too, and seeing a small white town like St. Charles, Missouri, with a history of discrimination, take steps towards inclusion might just shine a ray of hope.

Recognizing the accomplishments of historically oppressed people is a positive step in the right direction.

What makes Zero to 100 different as an organization is it shows how forming authentic relationships by putting others’ needs first can create a more diverse and inclusive community.

By inspiring leaders in his hometown to take steps towards becoming a more diverse and inclusive community, Joseph is not just talking about the Zero to 100 networking philosophy; he’s living it.

We hope to inspire more communities to pursue diversity and inclusion through networking and history education with this historical precedent.

To provide experiential learning and scientifically designed systems to develop better networkers, resulting in more inclusive networking groups and thriving REAL-ationships, no matter how or where you network. 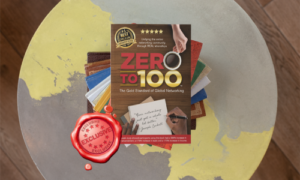